Once a year, agriculture fanatics alike come together to explore the best urban farms in Seattle, ranging the lands of West Seattle, White Center and Burien. Organized by Seattle Farm School, this unique tour allows the public to take a peek into the urban various farms complete with vertical gardens, edible landscapes, beekeeping, chicken coops and so much more. This year, 15 urban farms opened their gates to the public to share their landscapes with the community—and us!

Our Seattle Seed team took to the rode to explore some of our neighborhood farms. With each stop, we chatted with the farm owners to ask them two simple questions:

1) What is one thing you grow in your farm every single year?

2) What is one thing you wish you knew when you first started your farm here in the Pacific Northwest?

The Seattle Farm School Garden is located in the heart of West Seattle. Run by Seattle Farm School’s Director, Kellie Phelan, this 150-square-foot garden produces an array of annual vegetables and berries. As our first stop of the day, we were immediately greeted by their lovable golden retriever, Clover, and were even given a coffee demonstration by her partner, Matt. 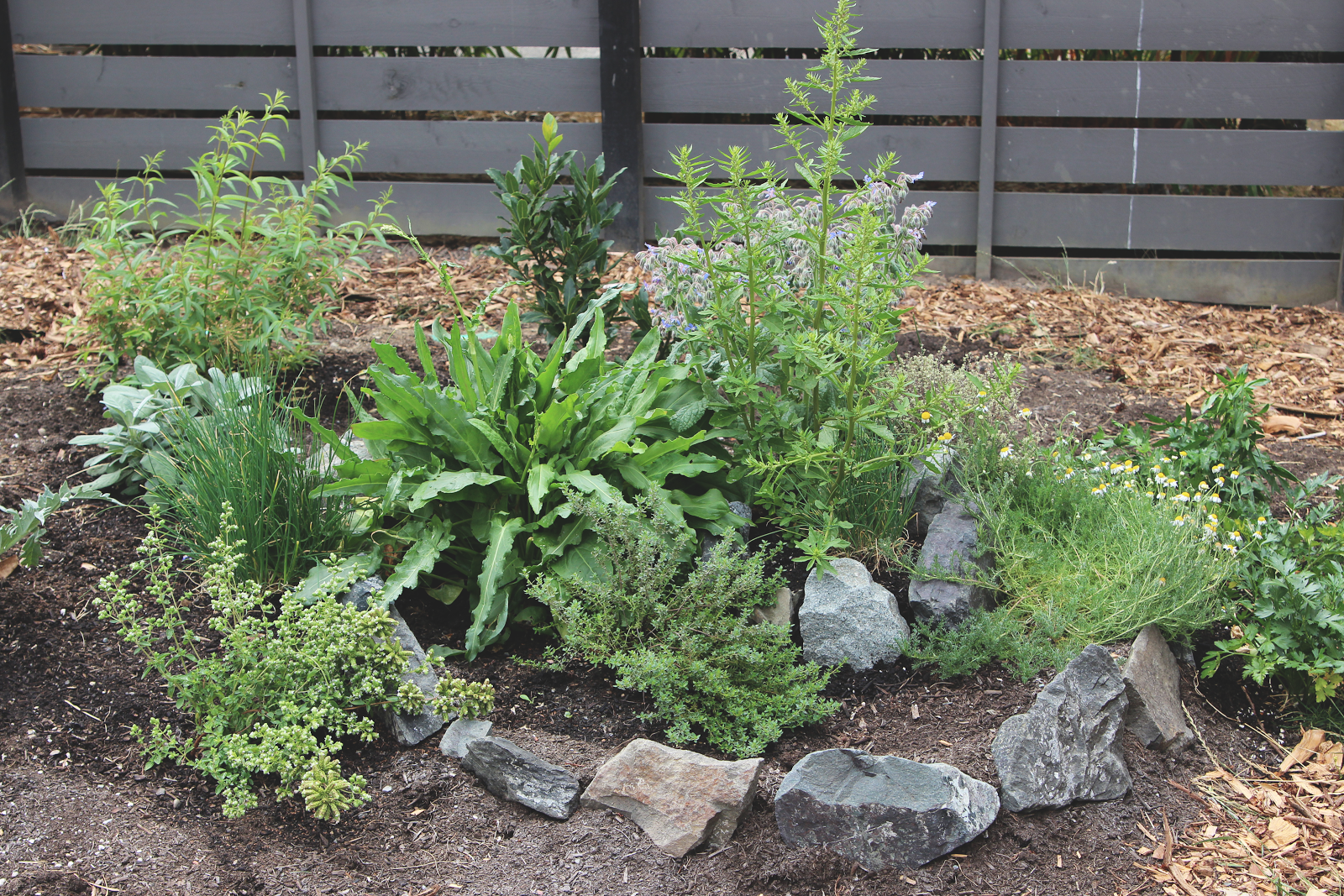 1) What is one thing you grow in your farm every single year?

“The thing that I love to grow most are herbs. That’s not a very specific answer, but I like to cook a lot with herbs, and they are great to grow because you can just pick what you need—step out kitchen backdoor and pick what you need. This includes basil, thyme, oregano, rosemary and some funkier things like sage or sorrel. I use chives almost every single night cooking, so that’s one thing that’s always in my garden, for sure.” 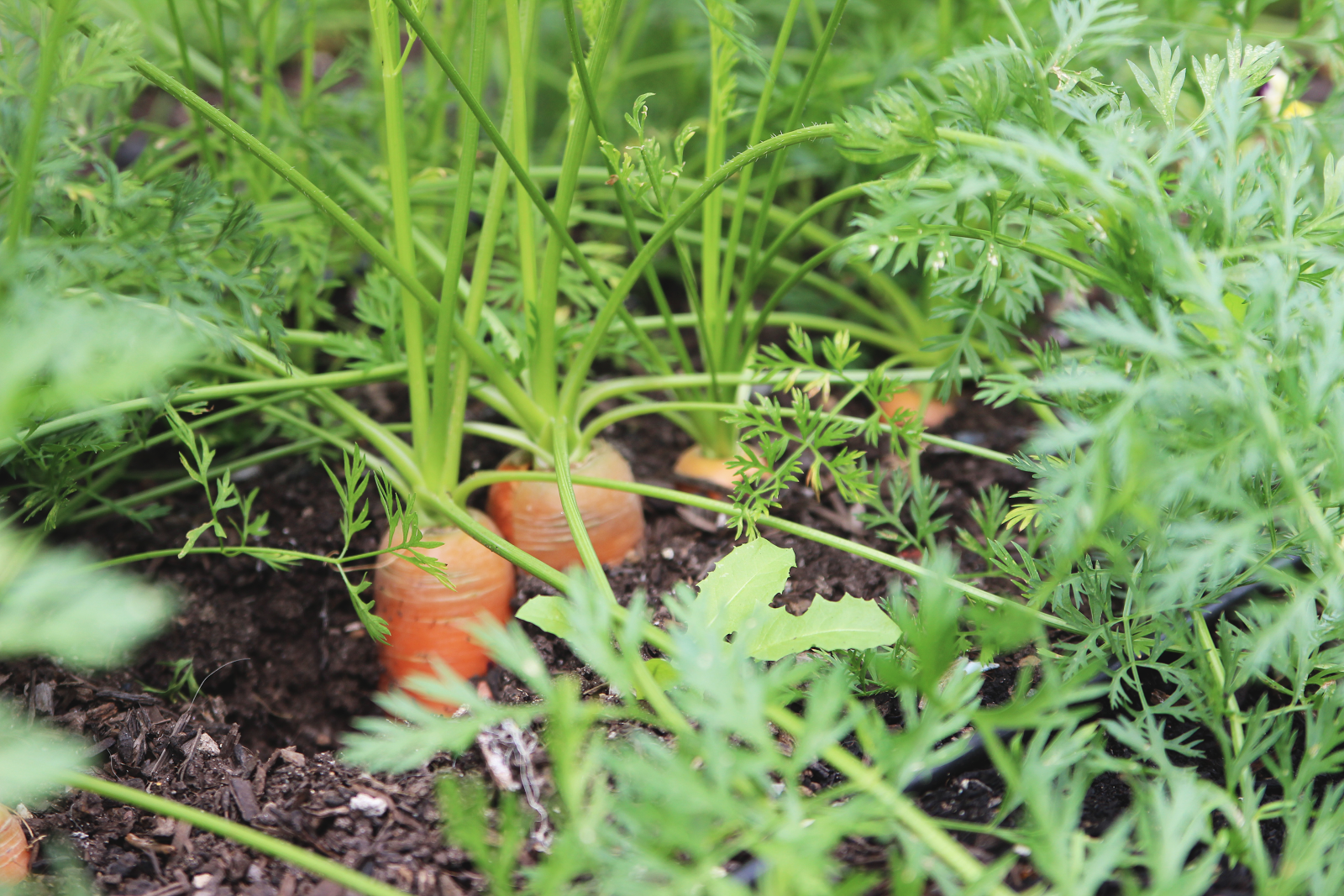 2) What is one thing you wish you knew when you first started your farm here in the Pacific Northwest?

“The thing that I always tell people—because I’m still a pretty new gardener myself—is: ‘What’s the worst thing that can happen?’ We have so much fear around growing things and pruning plants, and the worst thing that could happen is you try and you don't succeed. It’s worth trying and so allow yourself to get over that fear. You know, every year—even though I’ve been growing things for over 5 years now—things still get messed up, and you learn from it, and you try again next year. That’s one of my favorite things about gardening: it’s actually kind of a lifelong learning experience, so get out there and try.” 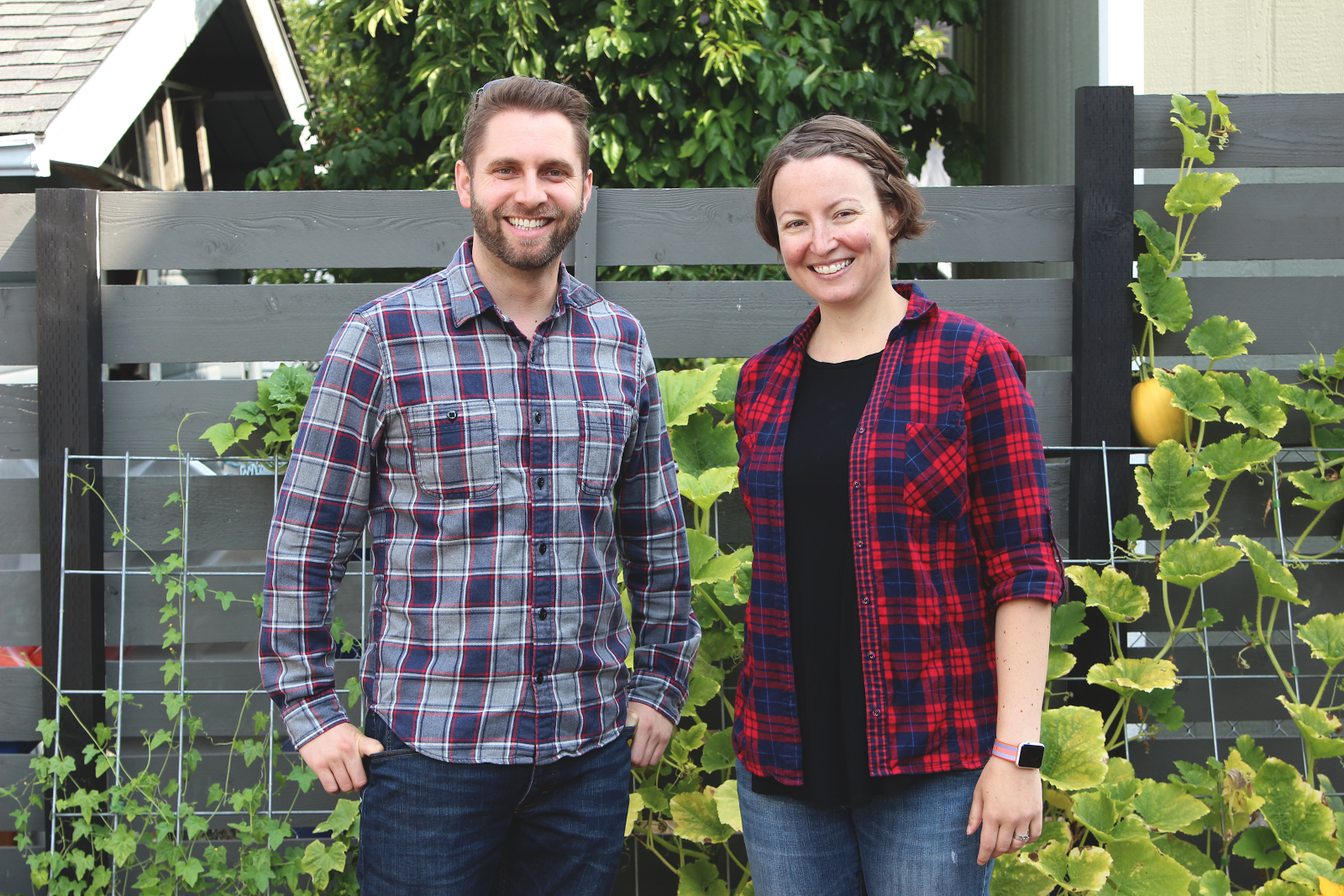 This lush nursery has a large selection of perennials, edibles and beautiful upcycled garden art scattered in between its plots. We chatted with Sarah Young to ask her about experience working with her partner, Noah, on making this nursery a center of their community. Stepping through the dense paths within The Village Green Nursery, you almost feel like you’re in a whimsical fairytale garden—tiny notes scatter the land with hints and riddles for children, a beautiful tree stands with rustic swings in the center of the nursery and unique garden art pops out in between lush plots of crops. This nursery is only open on the first Saturday of every month, so it was definitely a must-see on our tour. 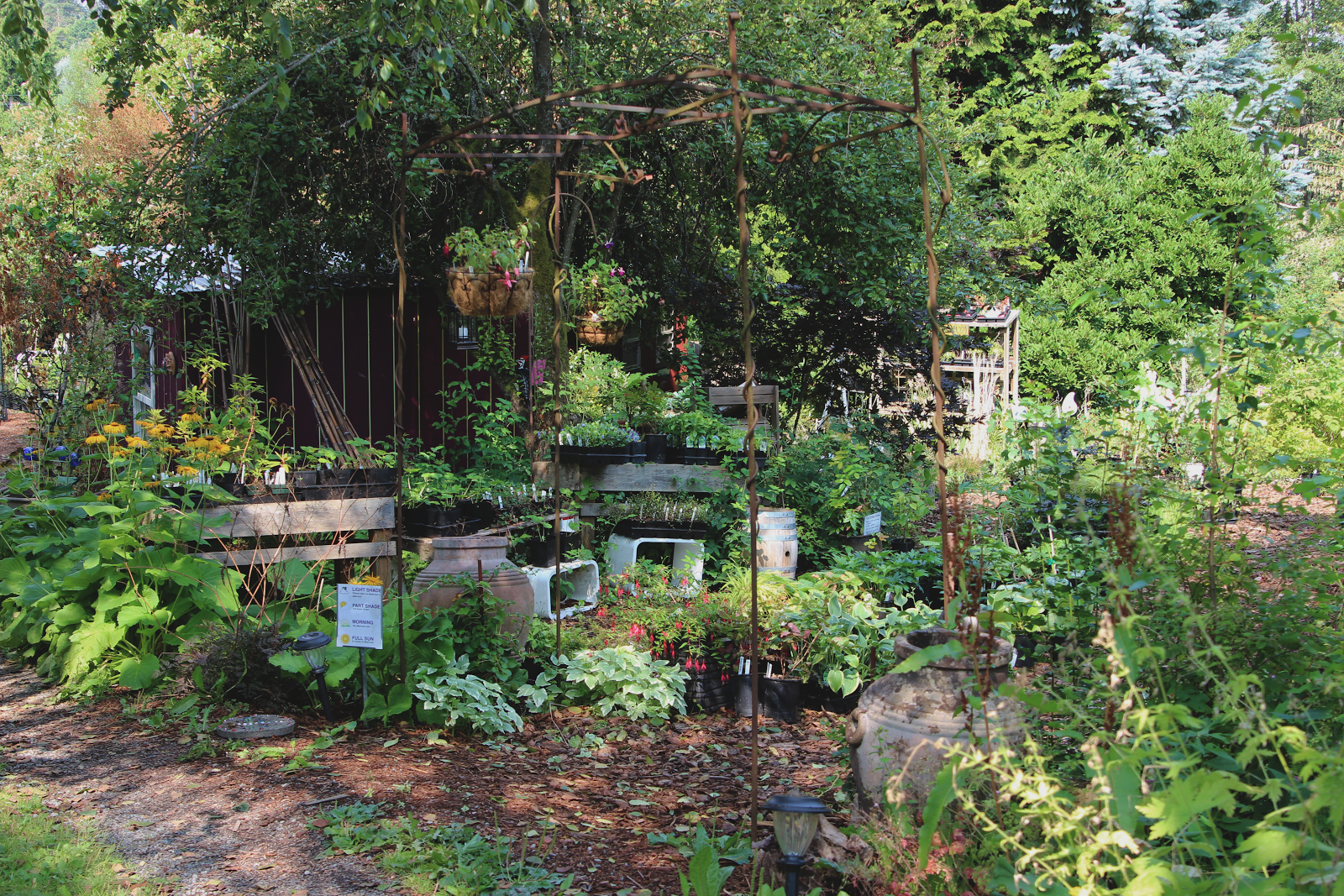 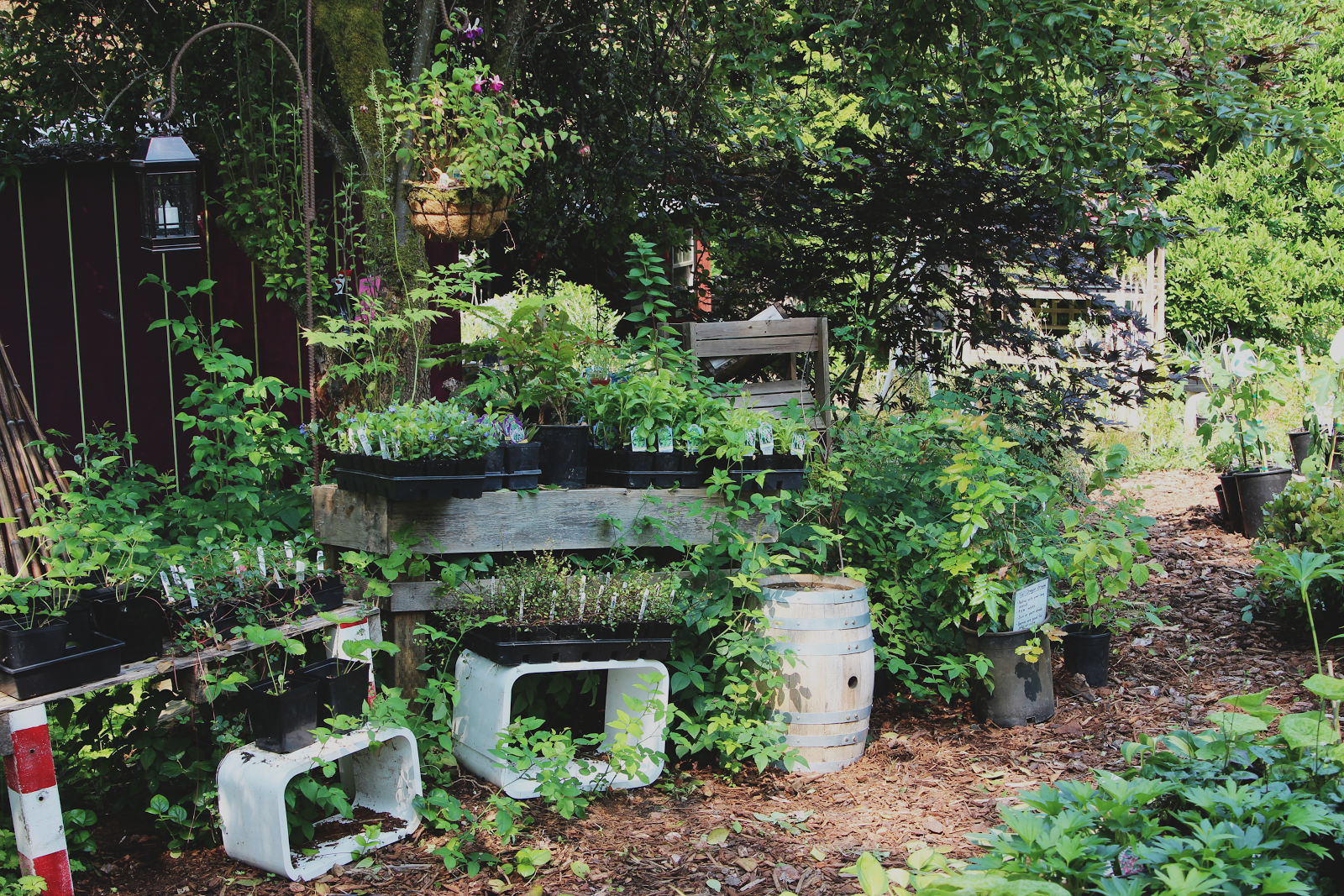 “My favorite thing to grow every single year is the Mexican Sour Gherkin. I think that growing your own food that you can’t buy in a grocery store has always interested me and, in my mind, one of the best things about owning a garden is that you can try and experiment with different things. In the U.S. in particular, there is a very limited food selection, right?” “Well, I’ve been gardening for a long time, so back to when I first started, I had a tendency of just planting things that I liked without necessarily thinking about the whole picture or how big they were going to get. So, I think just really paying attention to the size that the plant will grow [is important] because when you plant, it may start off small, but when it gets giant, that can be a little bit of a problem.” 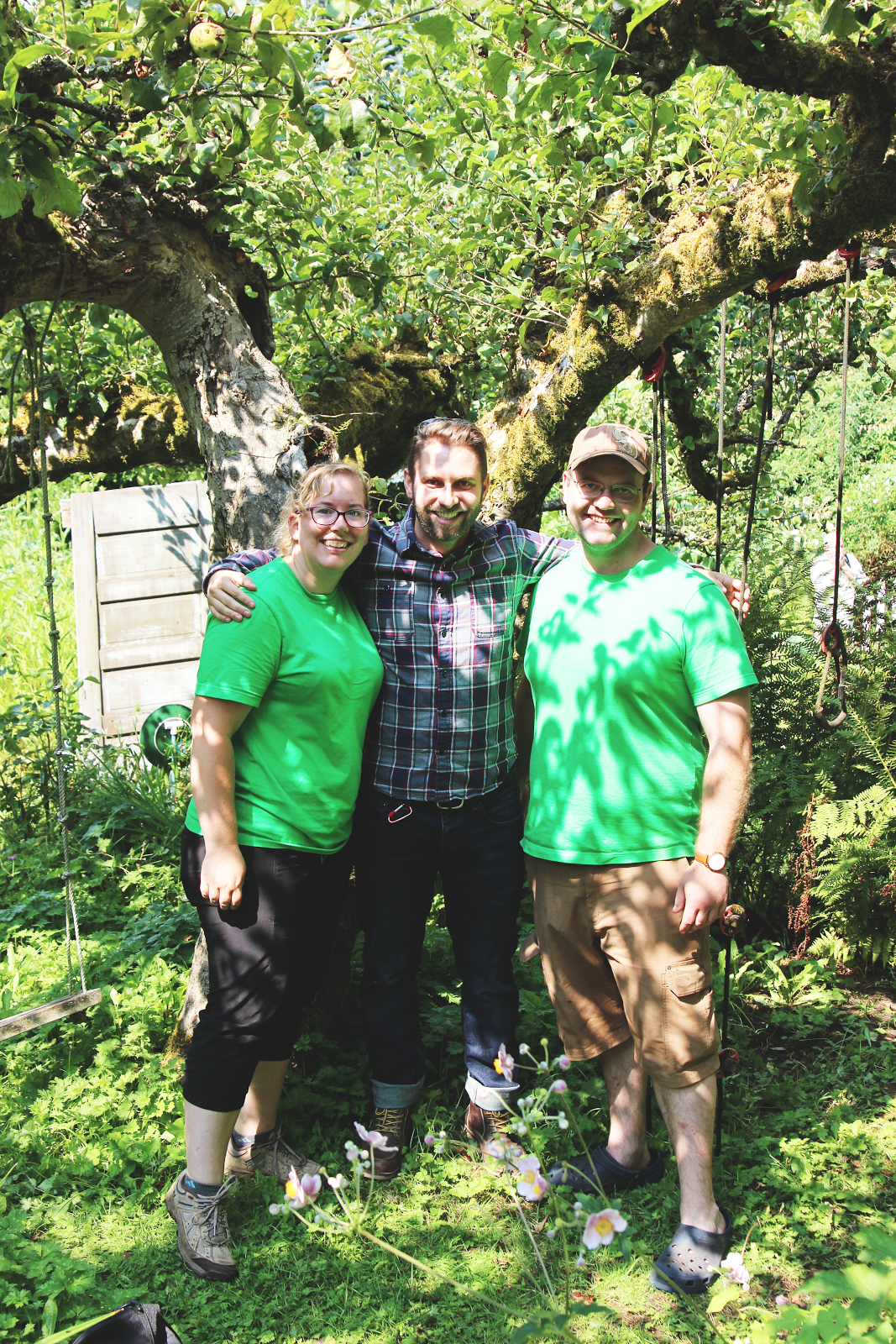 Rat City Studios was definitely one of our most unique stops on our hand-selected tour, as it acts as both a pottery studio and outdoor garden. Deborah (Deb) Schwartzkopf, the owner of the studio, holds a passion for both. She offers pottery classes and workshops while also spending time tending to her garden, chickens and bees. “Every year, I grow Mexican Sour Gherkins. They vine so beautifully, and they make so much volume, that they’re totally worth it on so many levels. I grew them from seeds this year and they’re great fresh or pickled!” 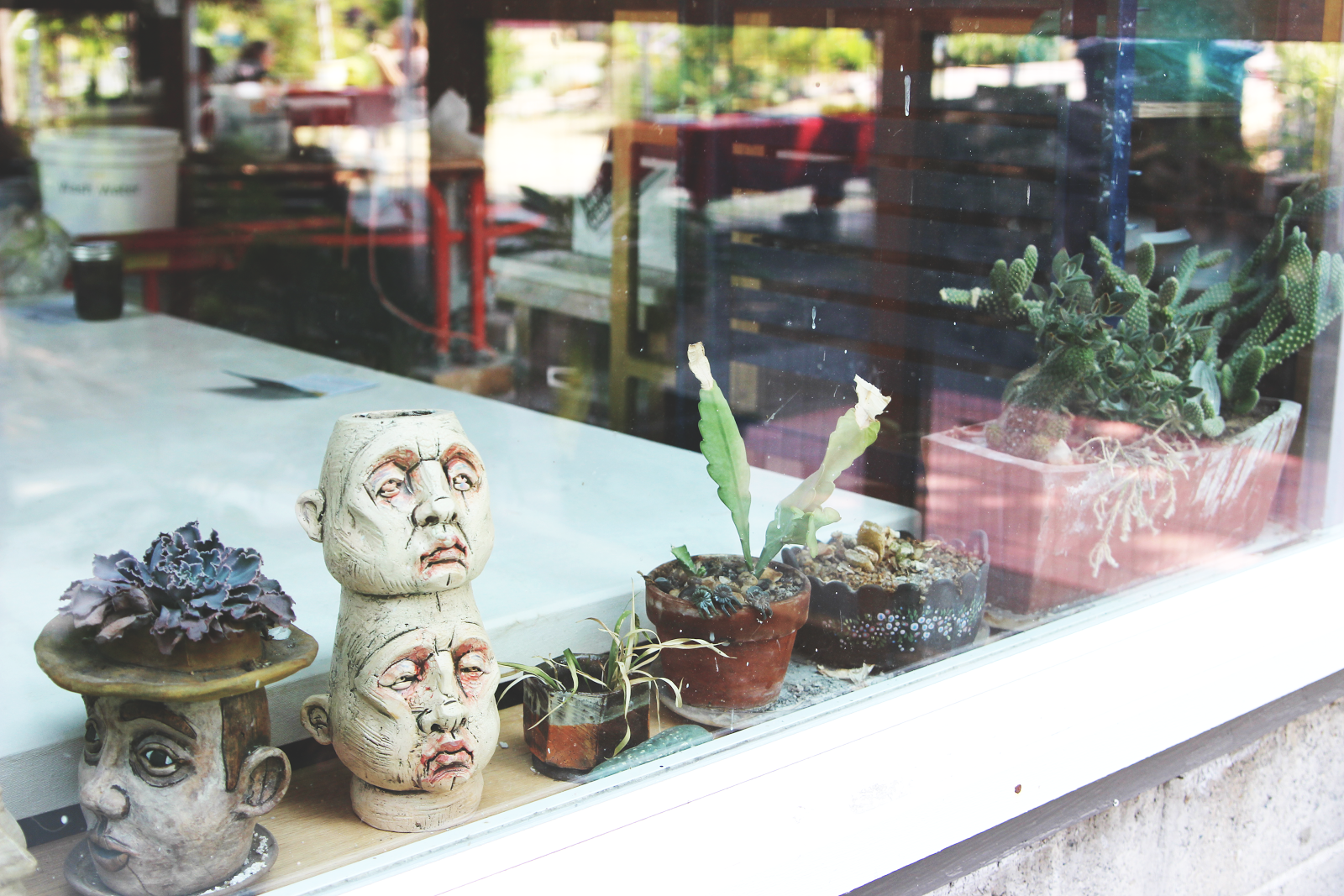 “One thing I wish I knew—I think I was told, but it didn't really sink in—is that chickens really bulldoze the ground with their feet, and I thought i would be able to have my chickens run around the yard and there would be this happy coexistence. There is a happy coexistence if you don't want anything growing. So anyway, now I have a pretty big area for them, but I definitely would like to make a little tractor situation so I can bring them down to the farther areas of the yard without catching them individually.” 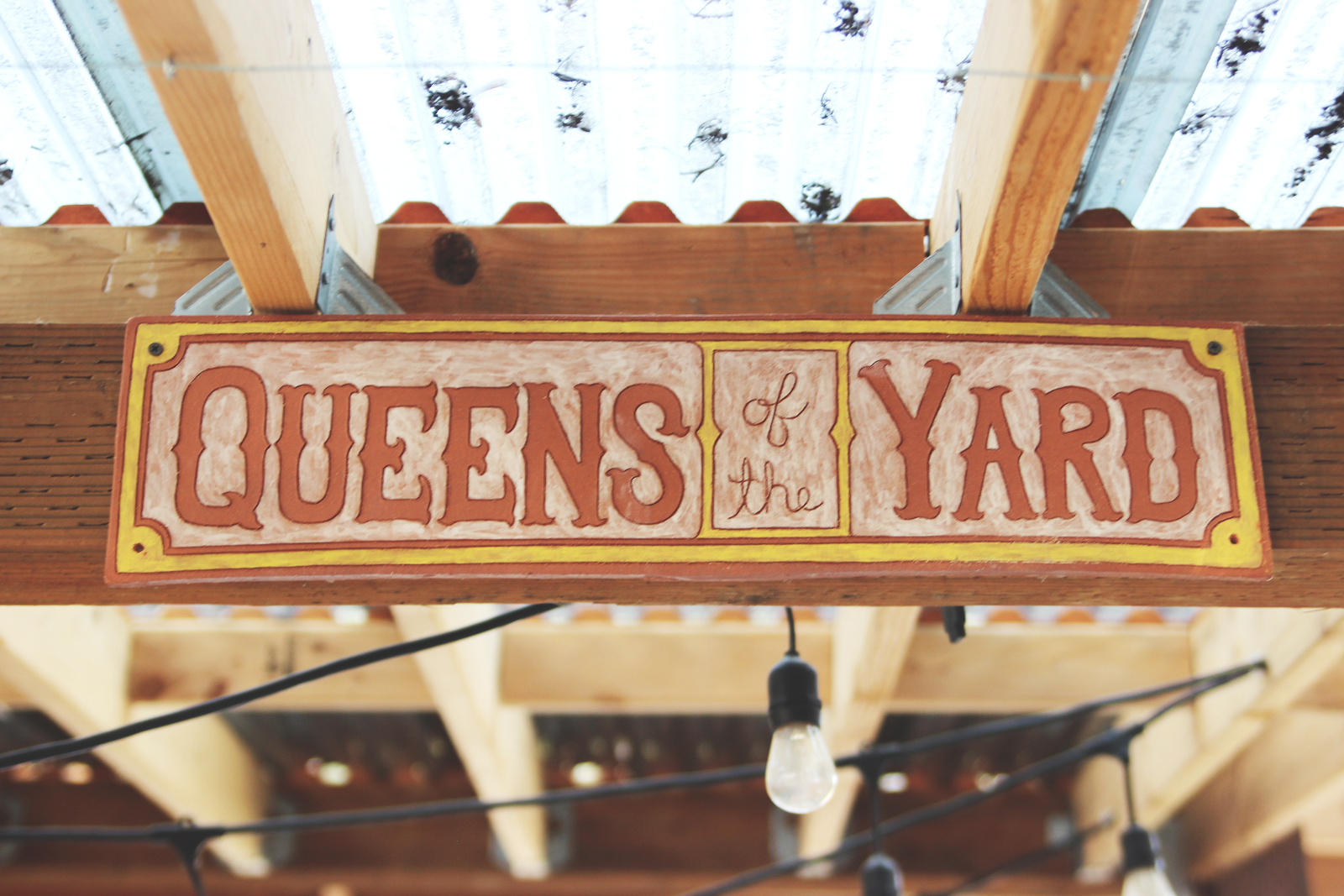 Our last stop on the tour was Buried Treasure Urban Farm, which is an abandoned-lot-turned-farm run by Erin and Cory Barzen. We were specifically drawn to this farm for its interesting story of restoration. In 2013, the Barzens removed over 2,000 pounds of garbage from this plot to create their own urban farm. Since then, they’ve used the land to grow over 50 fruit and nut trees and edible landscapes. In addition, their chickens have one of the largest coops we have ever seen! 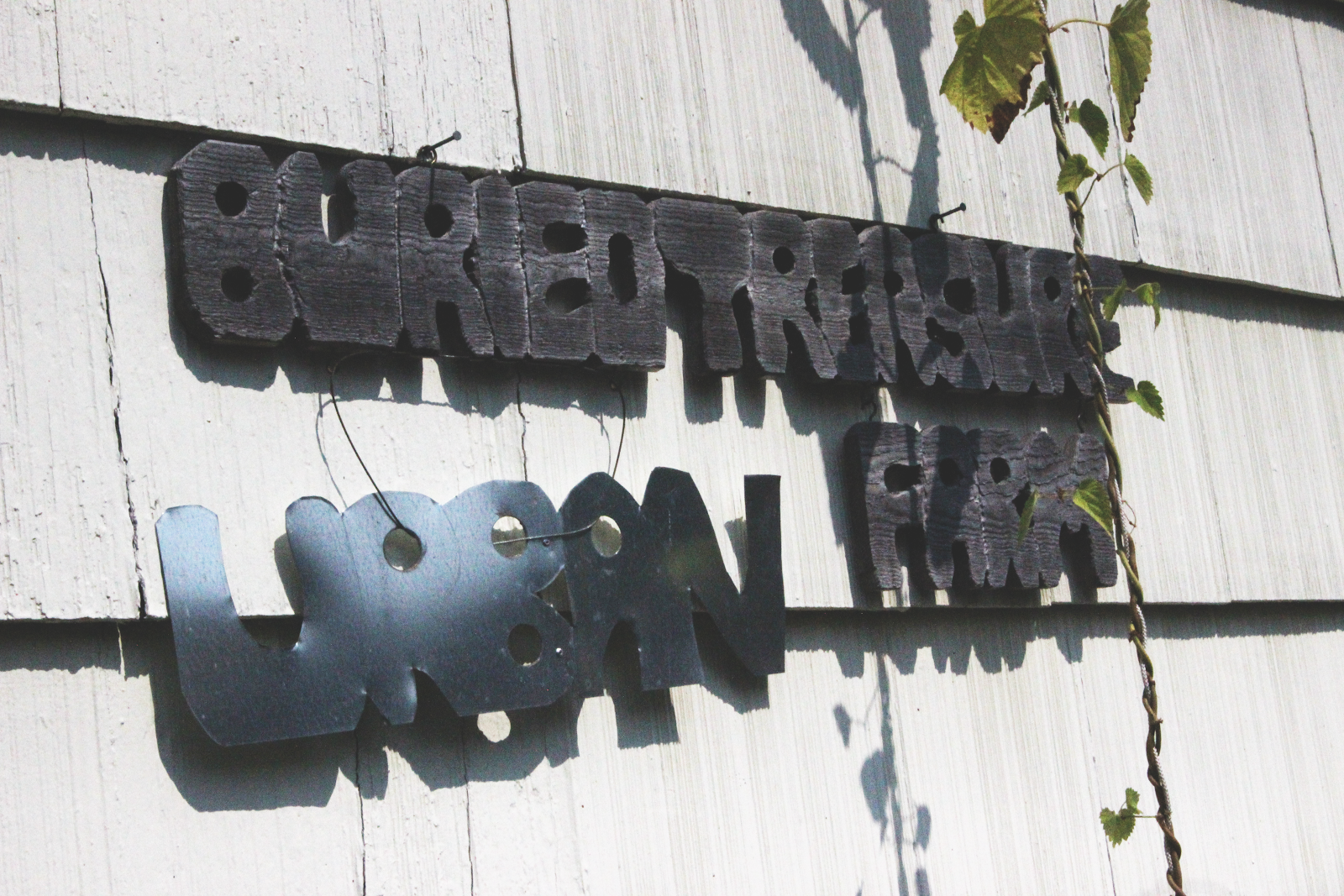 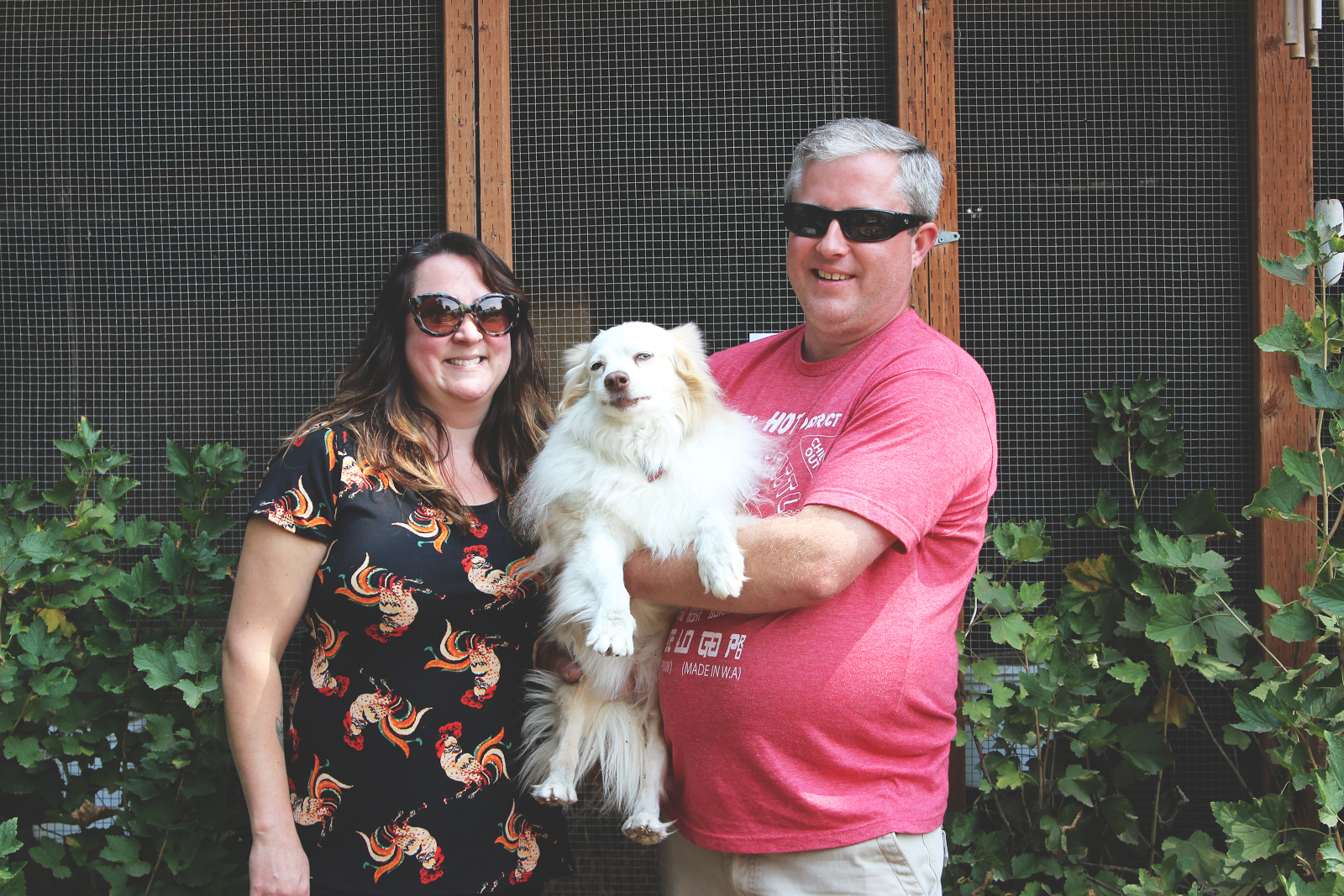 “We’re really trying to do mostly perennials because we’re lazy farmers and the less we have to do, the better. And we love selling seeds so that always makes it easy for us. Then, we also really love to grow the things that we love to eat the most. We really like to experiment with unusual varietals just to see how we do. Mostly, our philosophy is ‘Let’s try and see what we can do and, if it works, great, and if it doesn't, well, we tried!’” 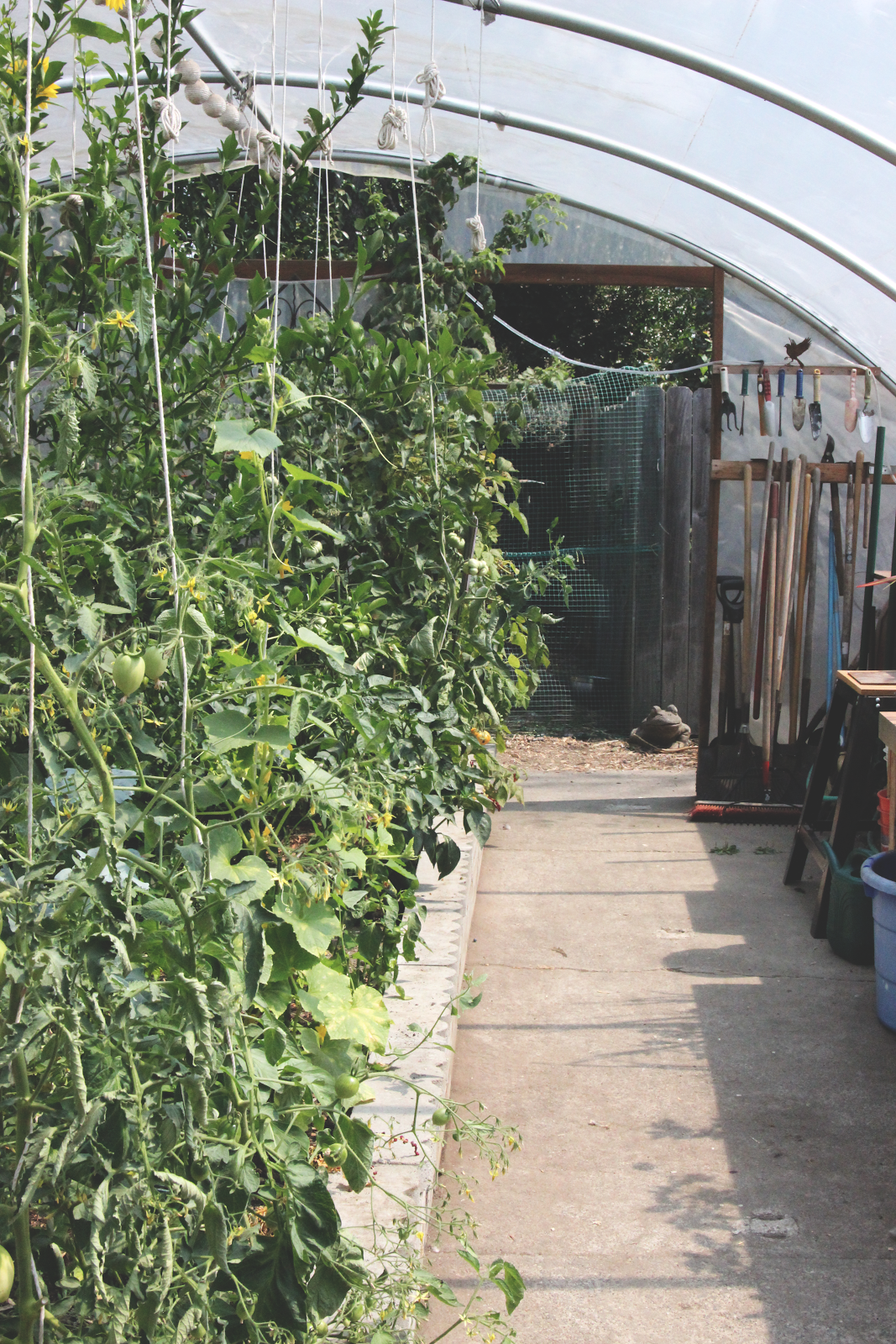 “I think I had heard it, but I had to experience it myself, was that 1) just a little bit each day and 2) start small. There’s a lot you can do in a small space, and it’s grown from there, but I think we still go back to some of our same [traditions]—we love to have herbs next to the kitchen door and there’s nothing better than fresh berries. There’s so much pleasure coming from it more than the food production.” 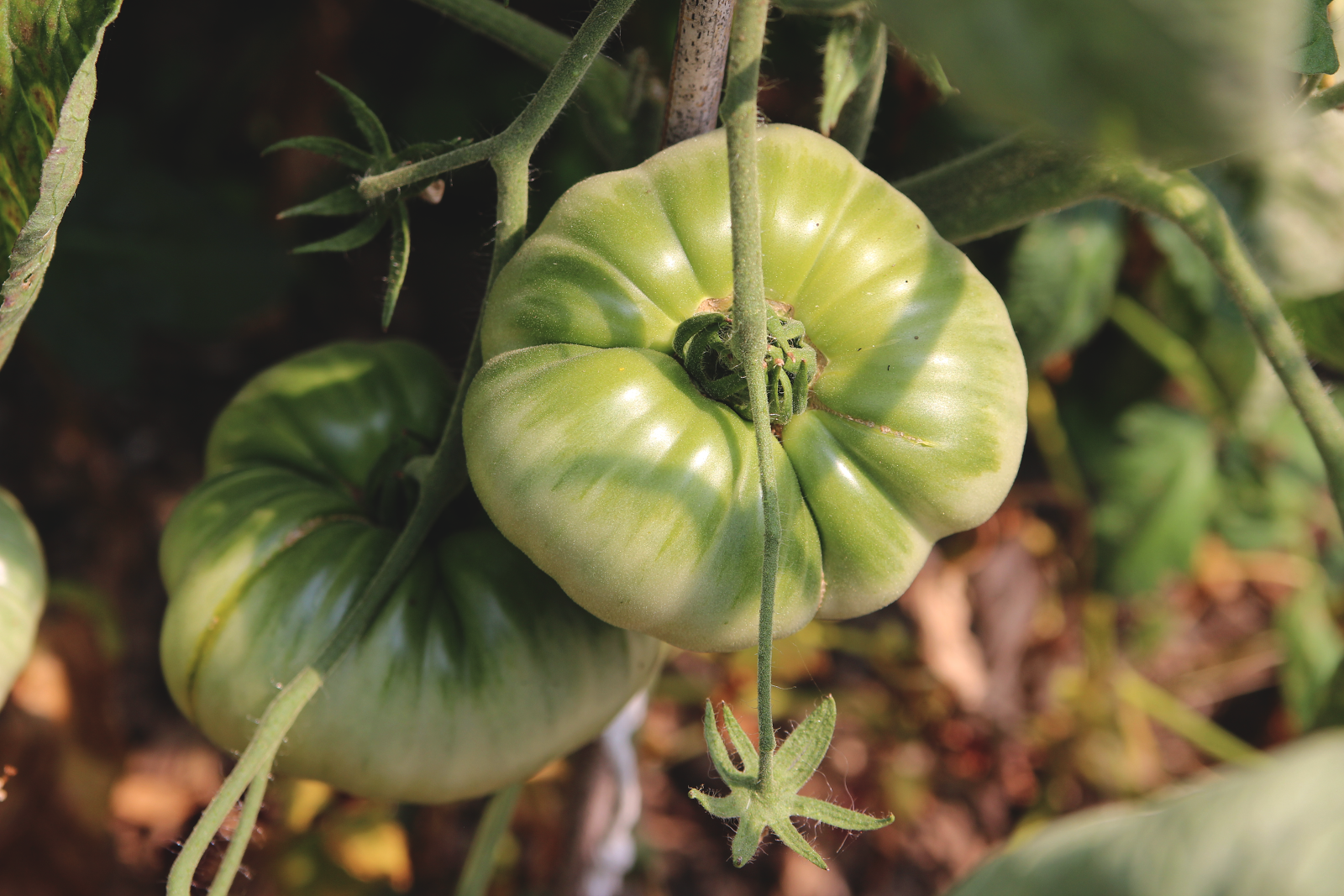 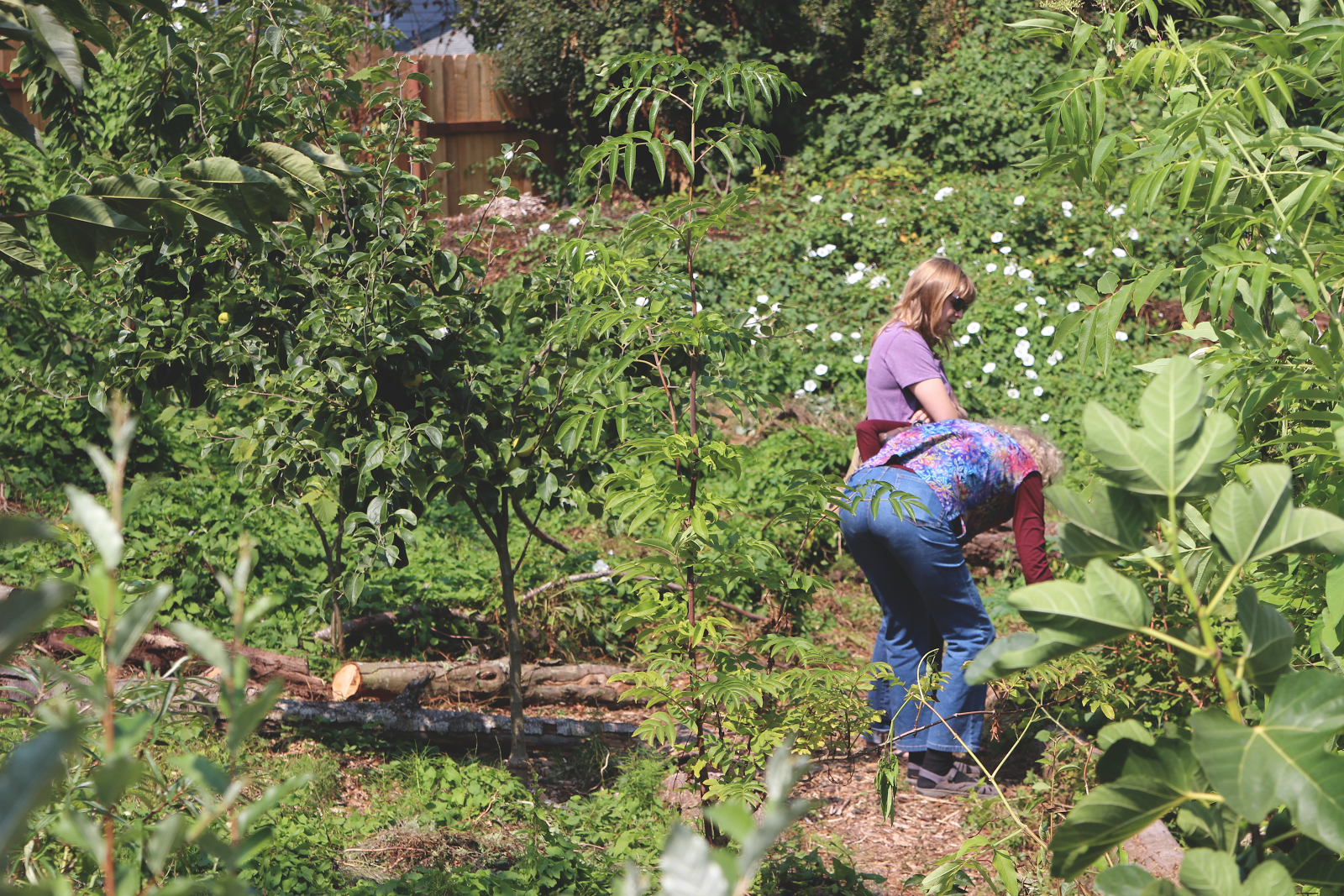 Because of the Urban Farm Tour, we not only had the chance to see some of the most incredible urban farms surrounding Seattle, but we also were able to meet the folks who make it all possible and learn something new along the way (especially that everyone loves Mexican Sour Gherkins!). Seattle may be an ever-growing concrete jungle with high-rise buildings on the rise, but let’s not forget that it’s also the home of many beautiful urban farms.